Fun fact: it has been about 500 days since I ran away from a hurricane, and moved to a city that is 4,000 miles from where I grew up.

Oddly enough, I have written about most of the places I’ve visited since starting this blog (with a couple more still waiting to be released from the archives), however, I have never written about this amazing city that I have now gotten used to calling “home.” Crowned the European Capital of Culture for 2008, Liverpool is truly one of the most culturally rich places that I have ever been to. Reason being, this city embraces all kinds of cultures and all kinds of people, and on a regular basis it showcases that pride in being culturally diverse.

If you’ve read my posts about my trip to Shanghai, you would probably remember me mentioning that Liverpool and Shanghai are actually considered twin cities. This relationship came about through a “twinning agreement” between the cities, with its 20th anniversary being this year. However, it’s more than just the Liverpool skyline looking extremely similar to one side of The Bund that makes these “twin cities.” Liverpool is home to the oldest Chinese community in Europe, as well as the largest Imperial Arch outside of China (hopefully, I’ll have a picture of it in my next post).

This relationship with China is exactly why when Chinese New Year comes around, it’s a pretty big deal over here. Last year, when I first experience what Chinese New Year is like in Liverpool, I was caught off guard. I saw the lanterns everywhere, and was walking to church one morning when I passed a number of drummers and a dragon; and simply put – I was confused. However, this year I am fully prepared to indulge in all the excitement and to quench my thirst for even more knowledge about the Chinese culture.

Tuesday marks the official Chinese New Year, and it is the Year of the Pig (apparently things should be quite positive for Tigers like myself this year), and Liverpool has a fully packed schedule planned for this upcoming weekend. Though, it would not be Liverpool if they didn’t try to drum up some excitement before the main events, which came in the form of a pre-parade earlier today. 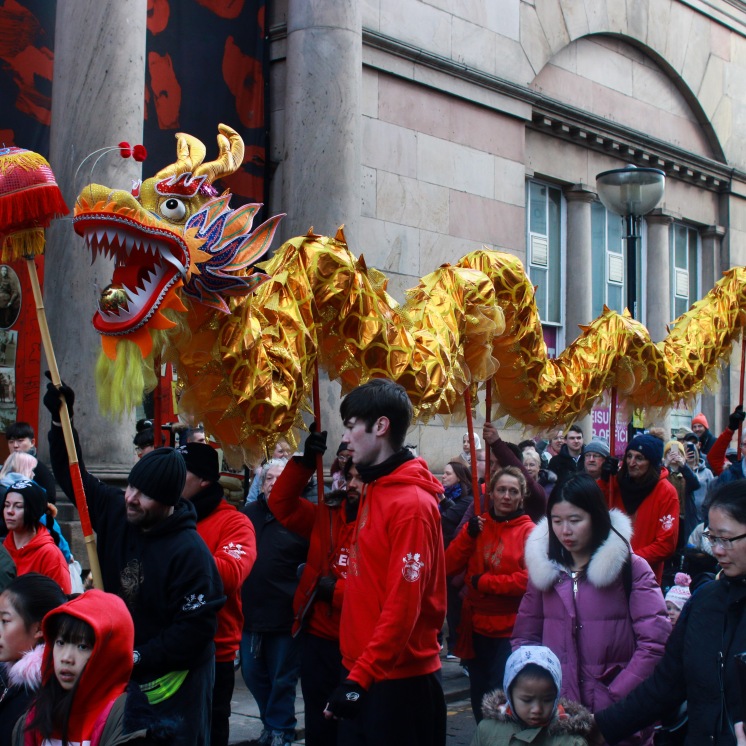 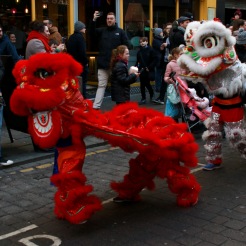 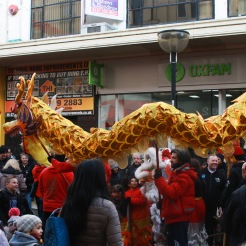 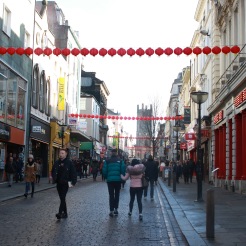 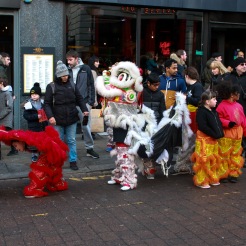 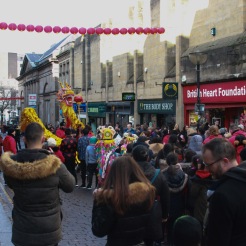 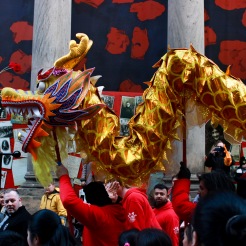 With this not even being the official “Day One” of all the celebrations, I’m excited to have a reason to not only bring my camera out of retirement, but to drag my friends out to see what this year’s celebrations have to offer. So, consider this a taste of what’s to come, as well as me trying to keep up with the commitment I made to be more consistent when it comes to my writing. However, with my fortune stating that the Year of the Pig shall bring about many achievements this year, I’m certain that consistency will be one.

One thought on “Chinese New Year in Liverpool”

Five Quick Facts About Me
1. In God I trust
2. The Cheebra is an animal I dreamt up when I was 14
3. I'm currently 21
4. I love an adventure
5. I believe in living and loving whole-heartedly

Go to the "Wanna Talk?" tab in the menu and send me a message! I'll answer it as soon as possible!