Honestly, the best big decision I’ve ever made in my life thus far was choosing Liverpool John Moores University (LJMU) as my university. To say that I had an utterly boring, dull and unexciting first year would be a lie. I mean, how can you possibly complain about a first year that involved your university sending you and about 100 other people on an all expense paid trip to China? Yes guys, China. So welcome to another instalment of my Playing Tourist series.

For 2 whole weeks, I was blessed with an experience beyond measure. It was something that was extremely eye-opening for me. The trip and all the people who I met were just so amazing that even now, a month later, I can’t believe I was ever there. However, I was there, and I have proof, thanks to my handy-dandy cellphone, as well as the friends that I made who were quite talented at taking my photo (Nadia, Mariama and Paige, I’m indebted to you guys).

So, let’s just dive into all the fun that I had in Shanghai!

When we arrived in Shanghai it was extremely late, so all we wanted to do was sleep (shoutout to Liverpool Business School for giving each of us our own rooms), but the next day, we were up and ready to explore Shanghai. Where we lived was right across the street from a place called Guilin Park, which was one of the most beautiful and relaxing places that I’ve ever been to. Walking through the park we saw people practicing tai chi, playing instruments, there was even a group of people singing – which at that point, I became convinced that I stepped into the movie Mulan because they sounded exactly like the soundtrack. 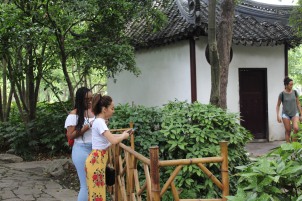 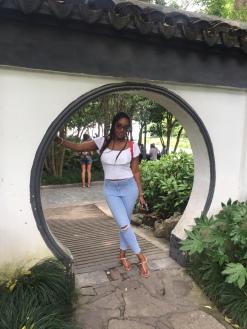 After Guilin Park, we took a trip to LJMU’s sister university, Shanghai Normal University (SHNU) , we toured the school grounds and viewed the school museum. Luckily, the school was about a 10 minute walk from our hotel so we didn’t have too far to go, but on the way back we figured we’d try a different route to get to the hotel and that took about an hour navigating down Caobao Road. 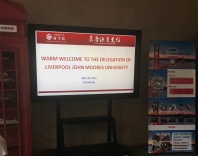 Later, we decided to expand our sightseeing and attempted to find the city centre. That was actually a bust cause we did find it, it was just that we were behind it. Nonetheless, seeing as this was our first full day in Shanghai and the second day of most of us knowing each other, this ended up being a great bonding experience. Though at the time we had some stressful moments – like trying to figure out where we would possibly eat cause EVERYONE was hungry (we ended up at a restaurant where no one spoke English) – those are the moments I really wish I could relive today. 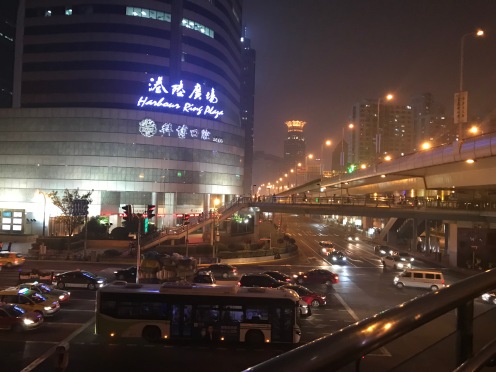 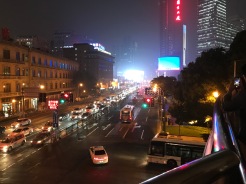 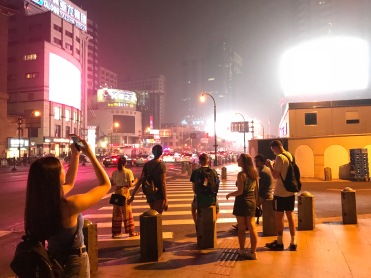 As you can see, for people who had about 6 hours of sleep the night before, we did a whole lot. The next day I was just focused on getting some rest, finding a store to buy snacks from and that was about it. However, we were not about to follow that same layout twice in a row. The day after, I was slowly beginning to understand the Shanghai metro rail (special thanks to Tom, Chris and Jack) so we visited the Longhua Temple which was only about 6 stops away from our hotel.

At the Temple, I was really able to grow a deeper appreciation for Buddhism after seeing the traditions take place within the temple and just the overall beauty of the place. I also really loved how we got incense sticks when we entered the temple, it smelled exactly like the incense we use back home in church. 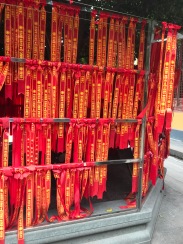 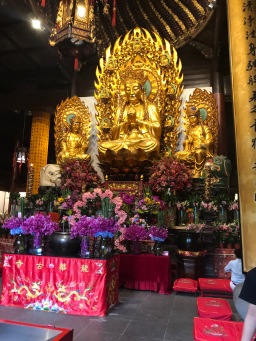 Now, this trip was not solely for the sake of sightseeing, in fact it was actually a summer school program. If you haven’t already figured out from the fact that this was a university-funded trip, plus the recent hint of it being a summer school, this meant we had to go to classes. In total, we spent around 10 hours in class throughout the two weeks, plus we visited 2 different companies and participated in 2 cultural activities. Within those 10 hours of classes, we had two lectures on topics that we voted on before the trip, and the rest of those hours were spent in Chinese lessons. The two topics chosen were “Doing Business in China” and “Transition in China’s Trade and Investment: The development of e-commerce and mobile payment in China,” both of which I loved learning about.

The first cultural activity we had was Chinese traditional music. Now, I come from a family full of musicians, so I was absolutely excited about this session. SHNU truly is home to very talented people, I’m still in awe of the musicians we got to watch perform, and though there were language barriers, the kindness shown spoke volumes. We were even lucky enough to watch a student play a very rare Chinese instrument, that most Chinese people don’t even know about (don’t ask me what its called lol). In addition to that, some of us even got the chance to play a couple of the instruments, which was personally very nerve-wrecking yet fun – in fact I learned how to play “Mary Had A Little Lamb” on the guzheng.

Later that day, a few of us went to my favourite place in the city of Shanghai: West Nanjing Road. There, we got to see the world’s largest Starbucks, as well as finally enjoy the city centre. Now, the reason why I particularly loved West Nanjing Road was because most of what I ate in Shanghai was fried rice and pork, but I needed variety (fried rice can only take a girl so far). This is where West Nanjing Road came in. Not only did they have a Taco Bell and a KFC, but there was also a Charlie’s Burgers and a Mexican restaurant that served some pretty good burrito bowls. There was many a late night that I caught the metro just to satisfy a craving. 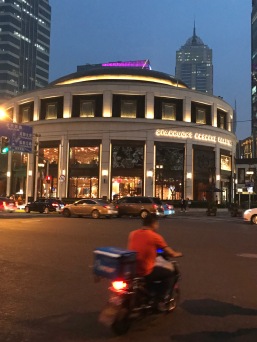 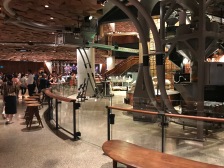 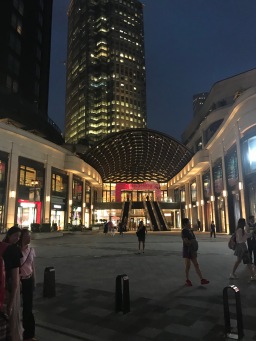 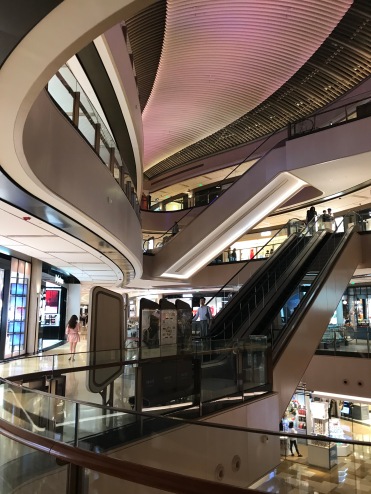 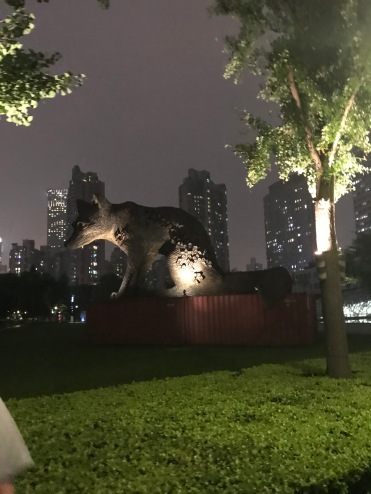 I also got to dance with a very sweet Chinese lady; who I suppose, along with her friends, dances regularly in the park. I’m even going to provide evidence of this. Please excuse the fact that I was very offbeat at the beginning, however, I did pick up the rhythm after a while.

We had our next cultural activity the following day, which was Chinese calligraphy. I was over the moon about this because I always found it to be interesting. However, me being the perfectionist that I am, it really took me forever to complete it. Majority of the class was already writing “新年快樂” while I was still on “聖誕快樂.” 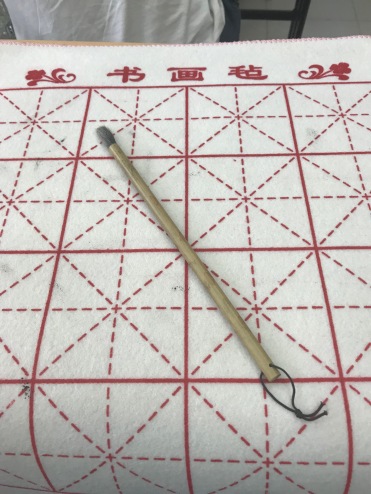 Our first Chinese lesson was also that day, and I can proudly say that I know quite a few Chinese words, phrases and symbols, thanks to our ever so patient lecturer. I’ve literally been saying “shen ma” to everyone that I’m sure it’s annoying at this point. 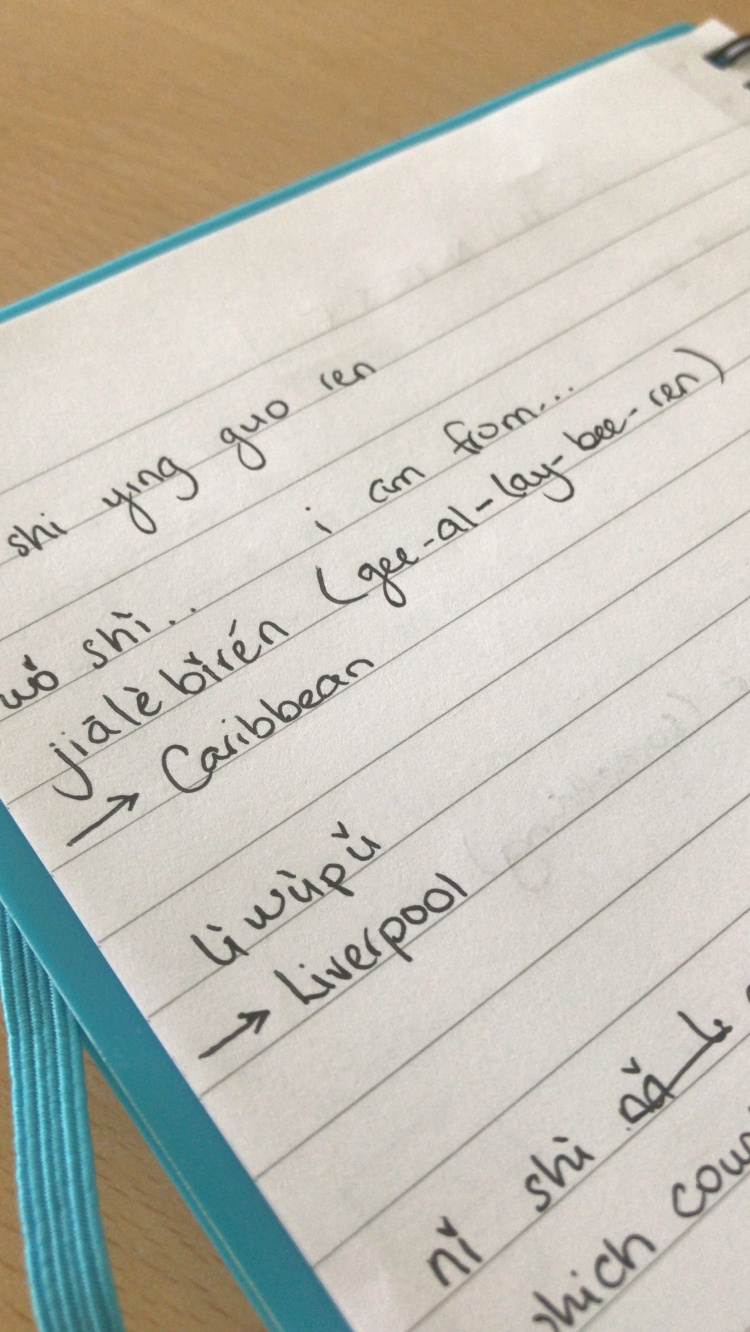 Now, as I said earlier, we also had company visits, and the first company we went to was Miracle Dynasty Fine Bone. There, we got to see all the processes in making fine china. I also gained so much more respect and understanding for why my grandmothers would have their china locked in glass cupboards. The pieces are truly works of art, and being able to learn about the work that goes into making them, just heightens their worth. We were even able to make our own china mugs, I won’t show mine because it looks like a 5-year-old did it – and in true 5-year-old fashion, I gifted it to my mom. 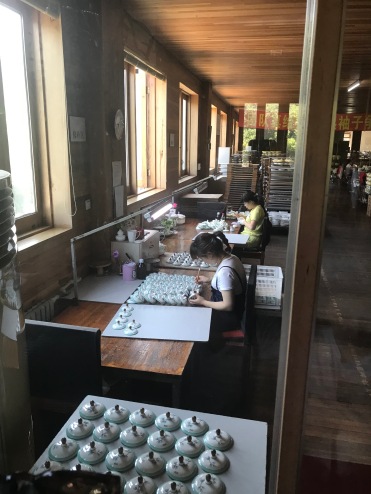 Now, I’m almost 1,500 words into this post, and I haven’t even finished writing about the first week as yet! However, that is why this is merely part one of all the excitement and fun that I had whilst in China. It took me over a week to be concise enough with this post (I can honestly type so much more about what happened in the first week that it’s baffling), and so to avoid this post being delayed yet another week, I decided to separate it into two parts. Part two will be up soon and hopefully I’ll be able to fit most of the stories about the rest of my trip into that.

So, I’ll catch you all on the next post.

Five Quick Facts About Me
1. In God I trust
2. The Cheebra is an animal I dreamt up when I was 14
3. I'm currently 22
4. I love an adventure
5. I believe in living and loving whole-heartedly

Go to the "Wanna Talk?" tab in the menu and send me a message! I'll answer it as soon as possible!